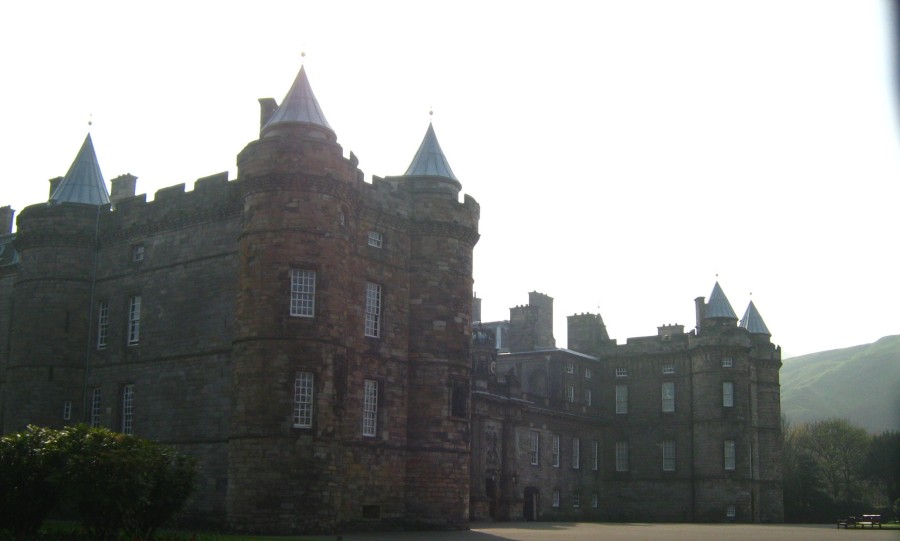 Princess Régan arrived at Lirna Palace in the evening, four days after departing the capital. The journey had been hot and rough, and she was relieved to be received by the Duchess in the outer gardens. The Princess alighted the carriage; the Duchess, Lady Ione, took the Princess’ arm and guided her inside, along a series of beautiful staircases into to the Dining Hall. It was cool, set with a fine meal, and free from servants.

‘Molan has been near Dara.’ The Duchess was apologetic. ‘I sent word when your messenger arrived yesterday; I had hoped he would be here to greet you. I expect he will return tomorrow.’
__Régan nodded. ‘I will save my explanations for when you are together.’
__Ione studied Régan’s expression. ‘You are welcome here as long as you wish.’
__‘Thank you,’ Régan smiled. ‘I am afraid there is discord in the royal household.’ She laughed mildly, then sighed quietly and looked her friend in the eye. ‘I will not deceive you; it is likely I will be here quite some time.’

Régan woke with the sun, and set out to walk through her thoughts in the gardens.
__Lirna was a coastal town, and its palace took pride of place on the small cliffs above it. Régan found an iron seat which celebrated the views of the ocean and residents below. She settled against the cold metal, for the morning was hot already, and considered her situation yet again.
__She knew her people would never accept a trade with Miggest. The Custodians of its throne were tyrannical militarists; no natural scourge would move Lenyolites to compassion. Further, its drought would not stay neatly behind The Line. Already the rains had eluded the north of Lenyol; the business of preparing for a long dry spell would need to begin. For the entire journey she had pillaged her memory to find what could possibly entice her father to trade. She looked up at the palace, glistening in the morning sun. So fine compared to Offenure Castle.
__And suddenly insight struck.
__Nascóir.
__Decades of overheard conversations came to her in a flash; Offenure Castle was ancient and crumbling, the city crowded and in need of expansion. She knew what drove her father to trade: he planned to be the Custodin who modernised the capital. A new millennia, a new city. Màtac the Rejuvenator!
__Nascóir was a  mineral which set hard as stone when mixed with sand and water. Miggest was awash with it, while it could scarcely be found in Lenyol. The Custodin would need tons upon tons to achieve his vision.
__She found herself relinquishing some of her ire, for it was actually an admirable dream. However two facts remained: first, Lenyolites hated Miggestians; and second, if drought descended from the north and the masses found the price of the Custodin’s project was their suffering, even starvation, there would be an uprising. The Iulithan Custodin had shouldered one in recent times; perhaps Màtac had forgotten how quickly an unhappy people can rebel.
__Yet Régan could not publicly decry her father. She was too little known amongst the nobility. And her father had done well to protect their interests, retaining their deep affection.
__As she sat in reflection, a Palomino horse dressed in royal colours approached the palace. Its rider noticed and recognised her, silhouetted as she was on the seat against the sky. The messenger dismounted and made her way quickly through the gardens. The Princess stood.
__‘Your Highness,’ the messenger bowed. ‘I have come with an urgent message.’
__Princess Régan extended her hand for the envelope which was offered. It was fixed with her father’s seal.
__‘Thank you. The servants will take care of you and your mount.’
__Régan resumed her seat and broke the seal.

Those who betray the Throne
in exposing delicate matters
will be tried for treason
and executed.

__She read the note several times, standing and pacing, embedding it in her memory. She then tore it into a hundred pieces and committed it to the sea.
__Heat like ice solidified her veins. Her projected future fissured.